Are Nitric Oxide Supplements Good for Your Health and Well-being? 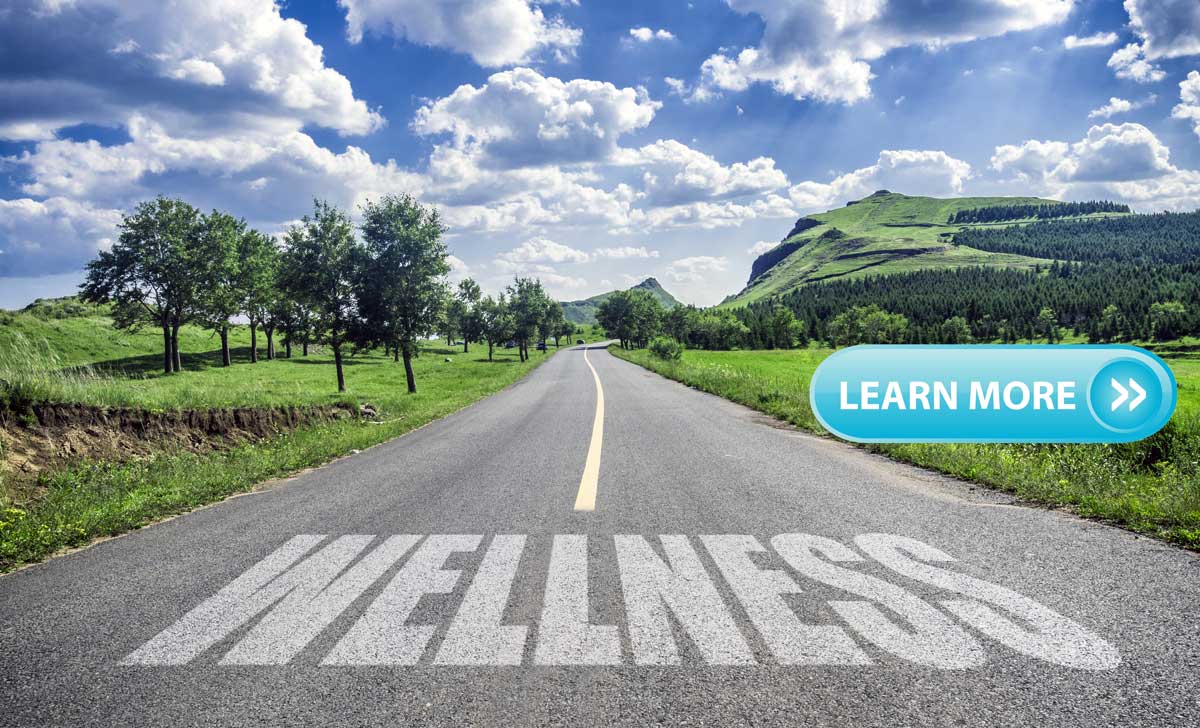 Nitric oxide is produced by almost every cell within the human body and is one of the most important molecules for the health of blood vessels.

It is a vasodilator, which means that it relaxes the inner muscles of the blood vessels, causing them to dilate. In this way, nitric oxide increases blood flow and lowers blood pressure.

Supplements that increase nitric oxide in the body form one of the most popular supplement categories today.

These supplements do not contain nitric oxide itself. However, they do contain compounds that your body can use to produce nitric oxide, and they have been shown to provide many health and performance benefits.

Erectile dysfunction (ED) is the inability to achieve or maintain an erection firm enough for sexual intercourse.

L-citrulline is an amino acid that may help treat ED by increasing nitric oxide production.

Nitric oxide is necessary for the muscles of the penis to relax. This relaxation allows the chambers inside the penis to fill with blood, causing the penis to become erect.

In one study, L-citrulline was found to improve erection hardness in 12 men with mild erectile dysfunction.

The researchers concluded that L-citrulline was less effective than prescription drugs used to treat erectile dysfunction, such as Viagra. Still, L-citrulline proved to be safe and well-tolerated.

When taken together, L-arginine and French maritime pine bark extract also appear to be safe.

Muscle soreness is an unpleasant experience that occurs after strenuous or unaccustomed exercise.

In one study, 41 people were randomly assigned to receive either 8 grams of citrulline malate or a placebo one hour before performing as many repetitions as possible while doing bench presses with a flat bar.

Those who received citrulline malate reported 40% less muscle soreness 24 and 48 hours after exercise compared to those who took the placebo.

However, a later study on the effects of citrulline after leg exercises did not find citrulline malate useful in treating muscle soreness.

One explanation for this difference in results is that the subjects in the leg exercise study received 6 grams of citrulline malate, which is 2 grams less than in the earlier study.

Therefore, the ability of citrulline malate to reduce muscle soreness may be dose- and exercise-dependent. However, further research is needed.

People with high blood pressure are thought to have a reduced ability to utilize nitric oxide in their bodies.

High blood pressure occurs when the force of blood pushing against the walls of the arteries is consistently too high.  See the article Nitric Oxide and Heart Health.

Over time, hypertension can lead to health problems such as heart and kidney disease.

A diet rich in fruits and vegetables has been shown to lower blood pressure, reducing the risk of disease.

This has led researchers to test the positive effects of certain compounds present in fruits and vegetables on blood pressure.

Nitrate is a compound found in beets and dark leafy greens, such as spinach and arugula.

When nitrate is consumed, the body converts it to nitric oxide, which in turn relaxes and dilates blood vessels, lowering blood pressure.

Many studies have shown that nitrate can help lower blood pressure by increasing nitric oxide production.

One review looked at the effects of taking nitrate supplements on blood pressure in adults.

Another analysis of 43 studies found that participants' systolic and diastolic blood pressure decreased by an average of 3.55 and 1.32 mm Hg, respectively, after taking nitrate supplements.

Like nitrates, flavonoid extracts have also been shown to improve blood pressure.

Flavonoids have a strong antioxidant effect and are found in almost all fruits and vegetables.

However, the blood-pressure-lowering effects of nitrates have been better studied than those of flavonoids.

Vegetables and fruits contain several compounds, such as nitrates and flavonoids, that can help keep blood pressure under control by increasing nitric oxide levels.

Nitric oxide is involved in many cellular processes, including the widening of blood vessels, called vasodilation. Wider blood vessels help improve the delivery of nutrients and oxygen to working muscles during exercise, thereby increasing exercise performance.

This has led to the popularity of supplements containing nitric oxide among athletes and recreational sportsmen.

These supplements often contain various ingredients that claim to increase nitric oxide levels, such as nitrate or the amino acids L-arginine and L-citrulline.

In many analyses, nitrate has been shown to improve exercise performance in cyclists, runners, swimmers, and even kayakers.

On the other hand, L-arginine has not proven effective in improving athletic performance in many studies.

This is probably because most of the L-arginine consumed in the diet is metabolized or broken down before it has a chance to reach the bloodstream, while L-citrulline does not.

For this reason, L-citrulline is more effective than L-arginine in increasing nitric oxide and thus exercise performance.

Nitric oxide production is impaired in people with type 2 diabetes.

This leads to poor blood vessel health, which over time can lead to conditions such as high blood pressure, kidney disease, and heart disease.

Therefore, supplements that increase nitric oxide may have important implications for diabetes management and disease prevention.

One study found that in people with type 2 diabetes who took L-arginine, nitric oxide production increased.

Another study of 144 people looked at the effects of L-arginine in preventing or delaying the progression of type 2 diabetes.

Although L-arginine did not prevent the development of diabetes, it did increase insulin sensitivity and improve blood sugar control.

However, until more research is available, it is premature to recommend taking L-arginine supplements to treat diabetes.

People with diabetes have impaired nitric oxide production, which can have detrimental health effects. L-arginine has been shown to improve blood sugar control in people with diabetes, but more research is needed before it can be recommended.

However, there are some side effects to be aware of.

When L-arginine is taken in doses greater than 10 grams can cause stomach upset and diarrhea.

Beet juice supplements can also turn urine and stool dark red. This is a common but harmless side effect.

Before taking any supplement to increase nitric oxide, consult your doctor or nutritionist.

Nitrate, a compound found in certain vegetables, is one of the many reasons why vegetables are healthy for you.

When these foods are consumed, nitrates are converted into nitric oxide, which provides several health benefits related to heart health and physical performance.

There is strong evidence that nitrates, especially from beets, improve athletic performance in athletes.

Despite the effects nitrates have on nitric oxide production in the body, some people avoid them for fear that they are harmful and contribute to cancer.

This is probably because sodium nitrates are commonly used as preservatives and color fixatives in bacon, sausages, and hot dogs.

Consumption of these foods has been linked to colon cancer, and nitrates are believed to be the culprit.

Nitrates can form N-nitroso compounds, such as nitrosamines, which are capable of causing cancer.

However, vegetables, which account for more than 80 percent of nitrate intake, contain antioxidants such as vitamin C that help prevent the formation of N-nitroso compounds.

Therefore, nitrates from vegetables are safe, whereas nitrates from processed meats can be harmful to health, especially if consumed in excess.

Vegetables are a good source of nitrates, which contribute to the formation of nitric oxide in the body. Eating vegetables rich in nitrates improves heart health and physical performance.

Nitric oxide is an unstable molecule that is rapidly broken down in the bloodstream, so it must be constantly replenished.

One way to increase its stability and limit its breakdown is to take antioxidants.

Antioxidants are molecules that neutralize the free radicals that contribute to the short life of nitric oxide.

These antioxidants are found in all foods, but especially in foods of plant origin, such as fruits, vegetables, nuts, seeds, and cereals.

Some Important Antioxidants Are

Vitamin E: This antioxidant protects cells from the damaging effects of free radicals, which are believed to contribute to aging and disease. It also plays an important role in maintaining a strong immune system.

Polyphenols: This category of antioxidants is associated with several health benefits, such as reducing the risk of cancer and cardiovascular disease.Glutathione: Glutathione, the “mother of all antioxidants,” is the main antioxidant and detoxifier of all cells in the body.

Several studies have found that taking nitric oxide precursors, such as nitrate or citrulline, with antioxidants maintains higher levels of nitric oxide in the body by helping to reduce its breakdown.

Vegetables high in nitrate are also naturally rich in antioxidants, which is probably why vegetables are so effective in increasing and maintaining optimal nitric oxide levels.

Supplements containing nitric oxide are generally considered safe. However, there are some side effects to be aware of, such as possible stomach upset and diarrhea, as well as dark red stools and urine.

Many supplements are designed to increase nitric oxide in the body and provide impressive health and performance benefits.

They usually contain ingredients such as nitrate or the amino acids L-citrulline and L-arginine.

However, other supplements, such as French maritime pine bark extract, have also been shown to increase or maintain nitric oxide levels.

Many people suggest taking a Nitric Oxide supplement first thing in the morning and right before bed without food.  We found Cardio Cocktail to be one of the Best Nitric Oxide Supplements.

The Article Are Nitric Oxide Supplements Good for Your Health and Well-being? First Appeared ON
: https://gqcentral.co.uk