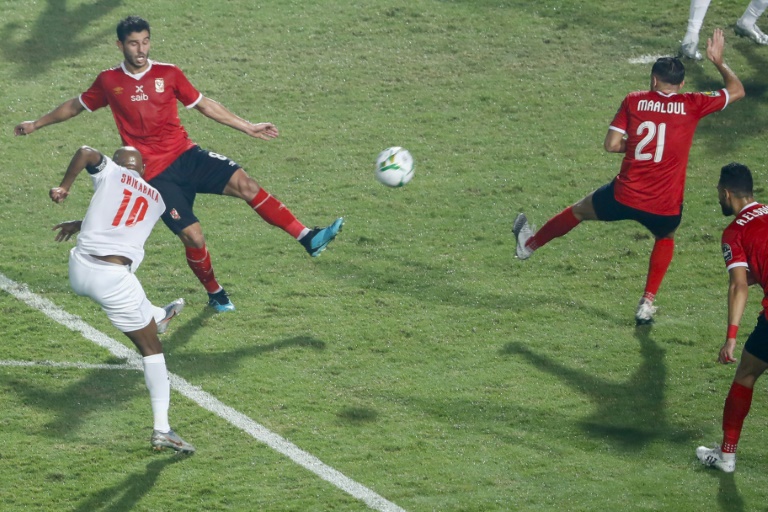 Cairo (AFP) – Ranging from the presidential such as Obama to the abstract like Kahraba (electricity) or El Winch, the tradition of Egyptian footballers taking bizarre nicknames is alive and kicking.

The flamboyant and sometimes satirical naming of players was prominently employed by Badr Ragab, a youth coach at Egypt’s most successful club Al-Ahly during the 1980s, as he handed out nicknames to his young squad.

“When I was a coach of the youth team at Al-Ahly, I decided to dish out nicknames to my players for a few reasons. I dreamt that they would become international stars and wanted to motivate them to work hard by emulating well-known footballers,” he told AFP.

“The names are based on their resemblance to famous players as well as their skills. I gave Kareem Waleed the nickname Nedved because he resembled Pavel Nedved of Juventus and Mahmoud Hassan who had shades of David Trezeguet of the French national team,” he added.

The Egyptian Trezeguet, 26, is with English side Aston Villa after stints in Belgium with Anderlecht and in Turkey with Kasimpasa, and has played 48 times for Egypt.

Not everyone is happy with the nicknames, even though Egyptian fans have come to embrace them wholeheartedly.

Ramy Barakat, Egypt’s former team psychologist, maintains that the nicknames are not helpful in the long run.

“Some players consider these nicknames devoid of meaning and are just hard workers who want to reach stardom while others fall prey to it and believe they’ve made it,” he said.

“I prefer not giving younger players such nicknames,” he added.

But that has not stopped players putting their weird and wacky nicknames on their kits.

Zamalek stalwart Youssef Ibrahim, 25, was given the nickname “Obama” by team-mates, when he made the first-team squad. They said he looked like former US president Barack Obama.

Al-Ahly defender Ahmed Ramadan goes by “Beckham”, as a tribute to English star David Beckham. Khalil Heggi, also at Al-Ahly, has opted to take the name of Brazil and Paris Saint-Germain striker “Neymar”.

One of the most beloved Egyptian players Mahmoud Abdel-Razeq, who played for Zamalek and their fierce rivals Al-Ahly, is simply known as “Shikabala”. It is an Egyptian version of the name of Zambian star Webster Chikabala, who played professionally in Portugal.

Zamalek defender Mahmoud Hamdy is known as “El Winch” because of his bulging strength.

As with much of Egyptian public life, the military is represented. El-Entag El-Harby (Military Production) has a player called “Bazooka”.

His nickname “Afsha” is Egyptian slang for catching chickens before they are slaughtered. His mother affectionately called him that because he was especially gifted with the ‘grab’ on the chickens she sold in their small rural village.