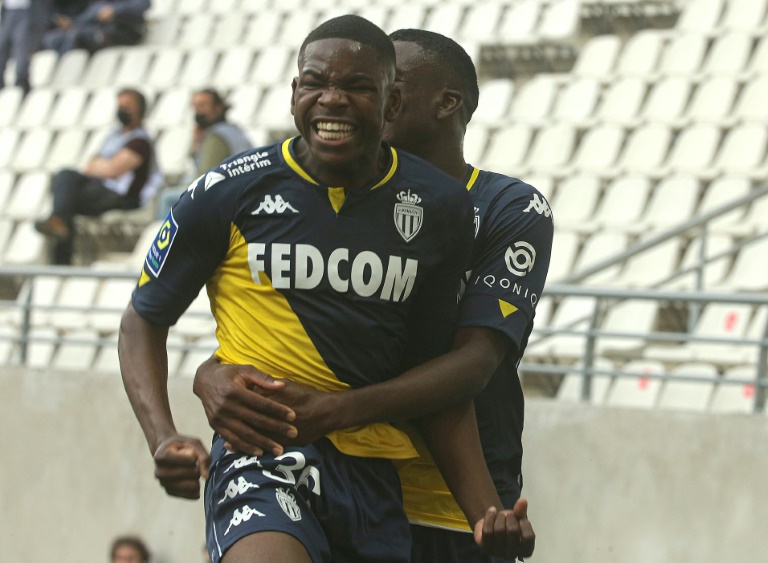 Paris (AFP) – A first senior goal for Belgian youngster Eliot Matazo gave Monaco a 1-0 win at Reims on Sunday that kept the principality club on course for a top-three finish in Ligue 1 and a return to the Champions League next season.

Teenager Matazo, who was signed from Anderlecht aged 16 in 2018, struck in the 20th minute at the Stade Auguste-Delaune and Monaco then saw out the victory to get back on track after losing at home to rivals Lyon last weekend.

The principality side were beaten 3-2 in that game and were then leapfrogged by Lyon after they defeated Lorient 4-1 on Saturday.

However, this victory takes Niko Kovac’s side back up to third on 74 points, one point better off than Lyon with just two games of the season remaining.

Champions and Champions League semi-finalists in 2017, Monaco are also five points adrift of leaders Lille and a single point behind Paris Saint-Germain before the capital side go to Rennes later.

Lille were convincing 3-0 winners at northern rivals Lens on Friday as they kept their title destiny in their own hands and increased the pressure on PSG.

Only the top three in France qualify for the Champions League, with the top two going straight into the group stage of Europe’s elite club competition and third entering in the third qualifying round.

Fourth will have to settle for the consolation of a place in the Europa League.

Monaco, who had been in outstanding form before being beaten by Lyon, went in front when 19-year-old Matazo set off on a driving run towards goal and exchanged passes with Kevin Volland before slotting in.

The visitors then thought they had been awarded a penalty in the final minute of the first half when Wout Faes was ruled to have fouled Volland in the box, but the referee changed his mind after reviewing the images.

However, Monaco saw out the win with their 10th clean sheet in their last 11 outings.

Earlier, Marseille’s hopes of finishing fifth and taking the last European place were dealt a blow as Jorge Sampaoli’s side lost 1-0 at Saint-Etienne with Arnaud Nordin scoring the only goal.

Meanwhile at the other end of the table six teams are still battling to avoid two places in the bottom three.

Brest were beaten 3-2 at Nice and Strasbourg went down 3-2 at home to Montpellier meaning both remain at risk of slipping into the relegation zone on the last two weekends.

Nantes occupy 18th place, the relegation play-off spot, but a 3-0 win over Bordeaux on Saturday was their third in a row and they are now just a single point from outright safety.

Beneath them, Nimes are 19th and set to go down automatically with already-relegated Dijon.

However, they kept their hopes of salvation alive with a 3-0 victory at Metz to stay just two points behind Nantes.