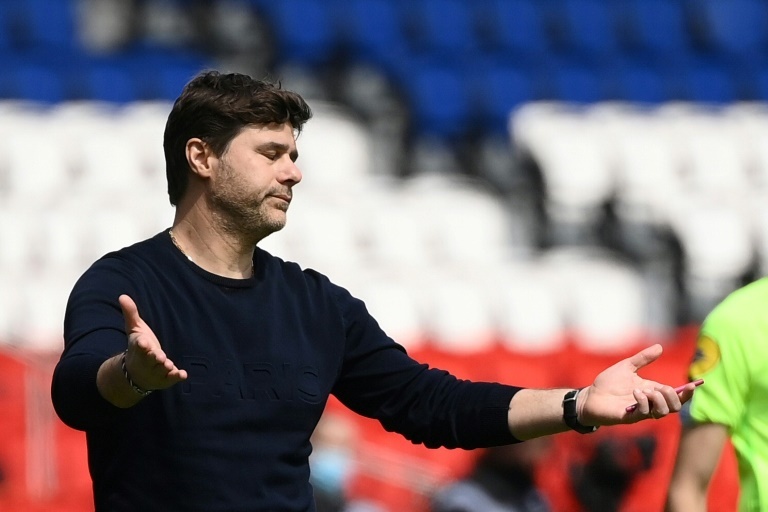 Paris (AFP) – Mauricio Pochettino has great admiration for Pep Guardiola but he has got the better of the Spaniard before and is again aiming to come out on top when Paris Saint-Germain, led by Neymar, face Manchester City in the first leg of their blockbuster Champions League semi-final on Wednesday.

This is just the second time these clubs have met since being propelled to the forefront of European football in the last decade under Qatari and Emirati ownership respectively.

City emerged triumphant in the quarter-finals in 2016, just before Guardiola’s appointment as coach.

They then lost to Real Madrid in the last four and had not been back to the semi-finals until this season.

Among the teams to send them packing in the intervening years was Pochettino’s Tottenham Hotspur in the last eight in 2019.

The Argentine also famously oversaw a rare win for Espanyol against Guardiola’s Barcelona in 2009, at the start of his coaching career.

However, having already masterminded victories over Barcelona and holders Bayern Munich in this season’s Champions League, Pochettino is not too interested in talk of personal battles as City arrive at the Parc des Princes.

“Always for me it is about playing against another team, not about personal battles,” Pochettino said on Tuesday.

“It is going to be a battle between two very good teams but when you talk about Guardiola, he is one of the best coaches in the world, if not the best.

“I really admire Pep for what he has done in his career, not just the titles but the legacy he is building.

“I love to be involved in football, trying to learn, trying to compete and win, but for me it is just a game between two big clubs.”

Pochettino was appointed in January, charged with the task of taking PSG a step further than last season under Thomas Tuchel, when they reached the Champions League final for the first time but lost to Bayern.

Ironically, impressive wins over Barcelona and Bayern have come as PSG’s grip on the Ligue 1 title has slipped — with four games of the season left they are a point behind leaders Lille.

In contrast, City are 10 points clear at the top of the Premier League and could secure a third English title in four years this weekend.

They have already won the League Cup, but the Champions League is the prize they really want.

“We are not in the elite of this competition, but we want to be there for sure,” Guardiola said on Tuesday.

The clubs briefly stood on opposite sides of the Super League divide last week, with City initially among the 12 breakaway clubs before backing out, while PSG sided with UEFA all along.

They have adopted slightly different approaches to squad-building too.

Meanwhile PSG blew away the world transfer record by signing Neymar for 222 million euros ($264m) and Kylian Mbappe for 180 million euros in 2017.

They are supported by a cast of more modest buys, and the hope is this will be Neymar’s year in Europe.

“I feel good, I am happy, and I am going to give everything to help PSG get to the final,” said the Brazilian, as he insisted winning the European Cup would mean more than the Ballon d’Or.

“I don’t think about the Ballon d’Or. I want to win the Champions League because it is the most important competition and I want to look back and say I have won it two, three, four times.

“The club has grown since I came here. PSG is one of one the four, five or six biggest clubs in the world. This is our second straight year in the last four. Last year we got to the final and this time we will do everything to go all the way.”