Should Exotic Animals Be Banned 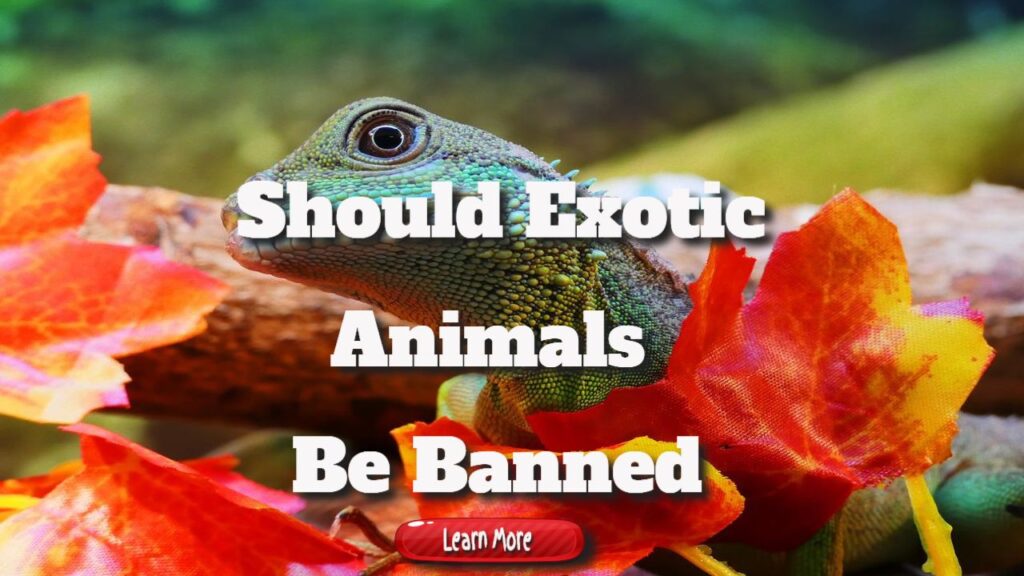 Should Exotic Animals Be Banned?

Should Exotic Animals Be Banned: According to a recent Born Free survey, roughly 4,000 dangerous wild animals are kept privately or under licence in the United Kingdom.

We are calling on the UK government to rethink the law immediately and put an end to the terrible treatment of some of the world's most magnificent but frequently dangerous creatures as pets.

We studied the number of Dangerous Wild Animals Act

(DWA) licences issued by local authorities in England, Scotland, and Wales as part of our research, as well as a range of species, are held privately.

We received responses from 364 of the 371 local administrations we contacted. According to the data, 210 DWA permits were issued in 2020 for the care of 3,951 individual wild animals, including:

There are 274 primates in all (including over 150 lemurs)

There are 158 crocodiles in all.

There are 508 poisonous snakes (including 57 diamondback rattlesnakes)

There are 332 scorpions in all.

There are two elephants present.

Other creatures on the DWA list that are maintained as pets or in private collections in the United Kingdom include zebras, camels, fossas (a type of civet cat), hyenas, sun bears, wolves, and otters.

“Born Free has been collecting and analysing DWA data for over 20 years,” said Dr Mark Jones, Head of Policy at Born Free.

There has been significant growth in the number of exotic pets in private hands since the millennium's turn, including a 94% increase in venomous snakes, a 57% increase in wild cats, and a 198% increase in crocodiles, and a more than 2,000% increase in scorpions.

These figures, however, are almost definitely just the tip of the iceberg. They only take animals that have been lawfully kept and registered with the DWA. Born Free assumes that many more harmful wild creatures are kept without a permit.

Under the Dangerous Wild Animals Act of 1976, anyone in the UK can currently keep a dangerous wild animal if they obtain a licence from their local authority. 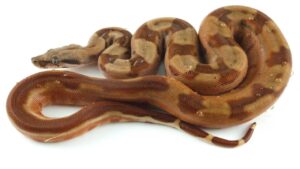 As part of the licencing procedure, the applicant must demonstrate that their animals are appropriately gated to prevent escape and safeguard the public. However, this does little to improve the animals' well-being or to protect the owner or other guests.

While the list has been updated, the act has not changed significantly in more than 40 years.

This category includes Komodo dragons and other large monitor lizard species. Huge constrictor snakes have not been included to the list, despite the fact that if they escape, they could pose a considerable threat to their owners and the general public.

Furthermore, there has long been worry that extensive legal enforcement is lacking, notably in the case of deadly reptiles and invertebrates.

“It's incredible that so many lethal animals, including big cats, huge primates, crocodiles, and venomous snakes, are still in private hands in the UK today,” Dr. Jones said.

Just this year, a savannah hybrid cat escaped in Hampstead, London, and a six-foot boa constrictor appeared in a yard on the Isle of Sheppey and then turned on its rescuer, biting his fingers and wrapping around his wrist.

Other horrifying tales include a woman being bitten in the eye by a python at a Mayfair club and nearly blinded, and a man in Hampshire being killed by his eight-foot African rock python. These occurrences have only been documented a few times.

According to RSPCA records, its highly trained exotic animal officers rescued almost 4,000 creatures in 2018. Due to the nature of the creatures, most owners do not report escapes or assaults for fear of having the animal removed or having their licence revoked.

“The UK loves to claim to be at the forefront of efforts to protect wildlife and improve animal welfare,” Jones added, “but our regulation on exotic pet keeping and commerce is woefully out of date.”

While the government's recent decision to restrict the keeping and trafficking of primates as pets is a step in the right direction, many other species must be protected from this exploitation.

The Dangerous Wild Animals Act should be amended immediately to prohibit the private possession and trade of these species, which have no place in people's homes.

As part of their campaign, Born Free and the RSPCA have joined forces to launch a petition requesting the government to examine and modify the legislation governing private ownership of dangerous wild animals.

Exotic pets, such as reptiles and other exotic critters, have the same needs as wild animals. As a result, proper upkeep for them can be difficult.

Please do your research before purchasing an exotic pet because their needs can be more complex than those of a conventional pet.

Consider these factors before purchasing a unique pet.

Exotic animals should not be kept as pets in certain situations.

We are against the cruel trade in wild-caught animals. As a result, please ensure that your exotic pet was not stolen from its natural environment. We also oppose keeping odd species as pets, such as monkeys, because their needs are highly complex and cannot be met in a domestic setting.

What to consider before buying an exotic pet

If you are thinking about getting an exotic pet, you should examine the animal's requirements to see if it is a viable pet. Before purchasing a reptile, consider the following.

Natural behaviours including digging, climbing, and sunbathing must be encouraged in their surroundings. Because certain reptiles can grow to be quite large, you may need to reconsider the size of your habitat or purchase a new one if this occurs.

Life Expectancy on the Whole Reptiles can live for much longer than you might expect, so be sure you have adequate room for them.

Diet They will almost certainly require high-quality food, which may be costly depending on how much they consume.

Companionship Determine whether the animal should be kept alone or with other animals.

It is harmful to the health and well-being of social animals to leave them alone.

Lifestyle Is the animal's behaviour appropriate for your way of life? They may be active at night or throughout the day.

Specialist treatment Is there a nearby veterinarian who specialises in this species and could treat the animal if it became ill?

Paperwork Some exotic pets necessitate a permit or other legal papers, which you should verify before purchase.

As part of their campaign, Born Free and the RSPCA have joined forces to launch a petition requesting the government to examine and modify the legislation governing private ownership of dangerous wild animals.

As part of its campaign on this issue Born Free, in collaboration with the RSPCA, has launched a petition calling on the Government to review and reform laws on the private keeping of Dangerous Wild Animals.

The post Should Exotic Animals Be Banned appeared first on Unity Pets.

The post Should Exotic Animals Be Banned appeared first on https://gqcentral.co.uk