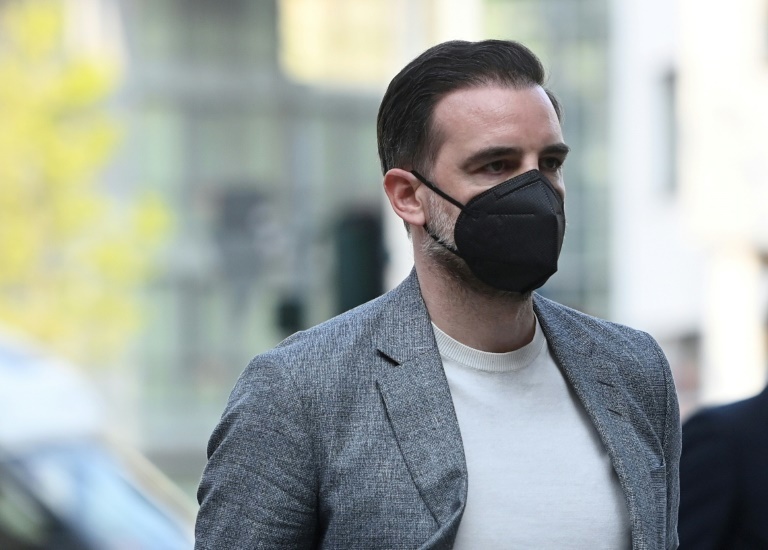 Berlin (AFP) – Former Real Madrid and Germany defender Christoph Metzelder was handed a suspended prison sentence of ten months after admitting to child pornography charges at a trial in Germany on Thursday.

The high-profile trial was set to run until May 10, but came to a conclusion in just one day after Metzelder acknowledged having shared graphic illicit images of minors online.

“I obtained incriminating pictures that were freely available on the internet (and) took screenshots,” Metzelder, 40, told a district court in the western city of Duesseldorf.

“I shared extreme fantasies in chats,” he said from the witness stand, in comments reported by AFP sports subsidiary SID.

Prosecutors say the 2002 World Cup finalist passed on 29 pornographic files to three women via WhatsApp, including one featuring a toddler in a “highly sexualised pose”.

Metzelder, who entered the courtroom in a grey suit jacket and a black coronavirus mask, had not personally addressed the charges against him in public.

He told presiding judge Astrid Stammerjohann that he had been interested in “transgressing limits”, not by the sexual images of children themselves, which in some instances depicted grievous molestation.

Metzelder said he had never taken part in “attacks on children and youths… despite the graphic comments in the chats”.

“It only took place in a digital parallel universe,” he said, fighting back tears.

The judge said Metzelder had shown “genuine remorse”, adding that his fame meant the trial itself was also a punishment. “It is to be expected that he treat this trial as a warning and not commit any further offences,” she said.

At the start of his testimony, Metzelder described his sports career and community service of which he had been “very proud”.

“September 3, 2019,” when the charges came to light, “marked a break with the past — professionally, socially and privately,” he said.

Metzelder told the court that he shared the images “although I know what horrible suffering inflicted on children is behind each digital file”.

He said he would “accept the punishment” imposed by the court and asked for forgiveness from “the victims of sexual violence”.

According to the case against him, 297 files with sexual content featuring children or teens were found on Metzelder’s mobile phone.

Metzelder had been working as a pundit for Sky Sports Germany until he came under investigation in September 2019.

His lawyer Ulrich Sommer said last week Metzelder was in therapy, to help him address “certain issues such as sexuality or dealing with women in certain situations”.

Sommer said the former centre-back was “shocked at himself for having had this kind of double life”, but insisted his client is “obviously not” a paedophile.

Metzelder was part of the starting line-up in the finals of both the 2002 World Cup and Euro 2008, and made 47 appearances for Germany.

He also played for Borussia Dortmund and Schalke 04 in a career spanning 15 years.

He retired from football in 2014 and since 2006, Metzelder has run a foundation in his own name to support socially disadvantaged children across Germany.

His community work had seen him honoured with the Federal Cross of Merit as well as the Order of Merit of his home state of North-Rhine Westphalia.

On Thursday, he said he would now return both awards “out of respect for previous and future recipients”.